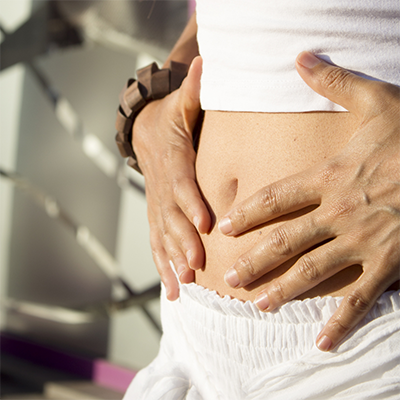 It can be difficult to know exactly what causes IBS (irritable bowel syndrome) as it can be due to one or many different factors and these vary greatly depending on individual circumstances and environmental factors.

IBS is what’s called a ‘functional’ gastrointestinal disorder – in other words, it is a disorder that is related to problems with the way the gut-brain interaction is functioning rather than an identified pathophysiological cause or disease.

The most common causes or risk factors of IBS include:

Are some people more at risk of developing IBS than others?

Research has shown that women are twice as likely to develop IBS than men and it is more common in people younger than 50.

Very often women notice that IBS symptoms are worse around the time of their period, although research into the exact mechanism behind this is ongoing.

Here are some top tips for reducing the risk of developing IBS:

Although risk factors like gender and genetics may be beyond your control, certain factors which put you at greater risk of developing IBS can be addressed such as stress, poor diet and lifestyle. There are also some common IBS triggers to watch out for, so here are some tips to reduce your risk of developing IBS: