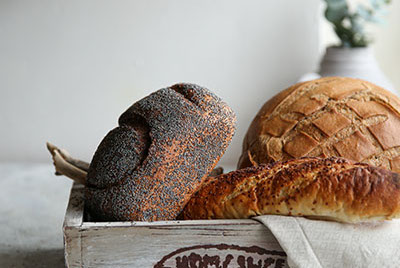 Next steps to take if you think gluten is causing your symptoms.

If you suspect gluten is causing your digestive issues, you might be wondering what to do next. Before rushing into a gluten-free diet it’s important to consider other potential contributing factors. Read this article to learn more ab out specific gluten-related disorders or here for a list of pros and cons of a gluten-free diet .

What is Coeliac Disease?

Coeliac Disease is a condition which causes your immune system to attack the lining of your small intestine whenever gluten is ingested. This can cause nutritional deficiencies, stomach pain, digestive issues, joint and muscle pain, weight loss, fatigue and many other symptoms.

If you think you have Coeliac disease or you have long-standing digestive issues, it’s vital that you seek medical advice, as other health problems such as osteoporosis, anemia or neurological disorders can develop if you have had Coeliac disease for a long-time without treatment.

What to do next if you think gluten is causing your symptoms:

1. Speak to your doctor

Avoid self-diagnosis and seek a professional medical opinion. Ask your doctor for a Coeliac test and if possible, have your nutrient levels tested as deficiencies in specific nutrients such as iron, zinc, magnesium, folate, vitamin D and vitamin B12 could indicate problems with nutrient absorption due to conditions such as Coeliac disease.

It might be tempting to jump straight into a gluten-free diet, however if you want your doctor to refer you for a Coeliac test, you’ll need to consume gluten for at least 6 weeks before you’ve had your test done and have received the results. This ensures the test detects antibodies associated with Coeliac disease and avoids a false negative result. A wheat allergy causes a more immediate, allergic reaction including symptoms such as hives, hay-fever, nausea, vomiting and sometimes anaphylaxis. If you think you have a wheat allergy, avoid wheat or gluten until you’ve sought medical advice.

If your test result comes back negative for Coeliac disease, you may have a gluten sensitivity. Avoid gluten for one month to see if your symptoms improve. It can be helpful to keep a food and symptom diary to track how your symptoms change and whether these correlate with other foods eaten.

Short-chain sugars called FODMAPs found in foods such as wheat, dairy, legumes and some fruits and vegetables, may be the problem rather than gluten. A low-FODMAP diet can improve symptoms associated with Irritable Bowel Syndrome (IBS), however it is not designed to be a long-term diet as restricting FODMAP foods can reduce the beneficial bacteria in the gut, and may worsen symptoms later on. Read more about this diet on the Monash University website.

Due to specific fermentation processes involving lactobacillus cultures, sourdough bread is sometimes better tolerated by those with a sensitivity to gluten or FODMAP foods. Swap your regular wheat bread for sourdough bread for a couple of weeks to see if this helps.

Consider the above recommendations if you think gluten is causing your symptoms. Speak to your doctor and request a Coeliac test. Resist the urge to go gluten-free immediately until you’ve had your results. If your results are negative, consider trying a short-term gluten-free diet or low-FODMAP diet, and give sourdough bread a try. Poor gut health may also be a contributing factor which a registered nutritional therapist can help you to address.