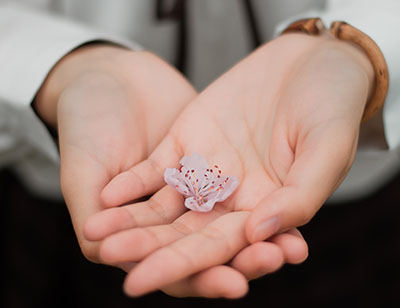 Find out which nutrients can alleviate intimate dryness and painful sex during perimenopause.

Pain during sex is a common feature of perimenopause and menopause, but it remains one of the less well-known symptoms. Many women feel shy about discussing it with their GP, especially when most public sexual health advice is aimed at younger people. Yet menopause signals the end of periods and risk of unwanted pregnancy and can be a sexually liberating time. So how can sex become comfortable again?

What causes pain during sex?

There are several possible causes for vaginal pain during sex. These include bacterial or yeast infection, or sexually transmitted disease. It is important to see a GP or sexual health nurse to investigate potential infections as medication may be required. Other possible causes include:

Oestrogen has a significant influence on vaginal health. During perimenopause, levels of progesterone and oestrogen begin to fluctuate a lot more during each monthly cycle. Progesterone is often the first to decline, as anovulatory cycles (a cycle with no egg released at ovulation) cause a relative imbalance in favour of oestrogen. As perimenopause progresses, oestrogen levels decline as well.

These hormonal fluctuations affect the natural balance of microbes living in the vaginal tract, which support vaginal health. Together these changes cause the vagina to:

As a result, sex can become uncomfortable, painful, and less spontaneous.

Top sources of phytoestrogens include:

Omega-7 is a type of fatty acid with an affinity for mucous membranes in the body – including the vaginal lining. Supplements of omega-7 derived from sea buckthorn oil are known to support the health of these membranes and may alleviate symptoms of vaginal dryness.

Zinc is needed for the conversion of dietary essential fats like omega-3 and omega-6 which also support membrane health. Zinc supplementation has been shown to significantly improve vaginal moisture levels and ease pain during sex in post-menopausal women. Read more about zinc and sexual health here.

Painful sex during perimenopause and menopause is a common experience for many women. It can be due to an undiagnosed infection or caused by stress and the hormonal variations at this time of life. Read more about thrush and sexual health here.

Creating time for relaxation and intimate experiences that don’t include penetrative sex can help lessen anxiety and maintain an emotional connection with your partner. Including phytoestrogen-rich foods in the diet can help with hormonal fluctuations, while an omega-7 supplement may support vaginal secretions and ease vaginal dryness.

NHS. (2021) Why does sex hurt? [online] Available at https://www.nhs.uk/common-health-questions/sexual-health/why-does-sex-hurt/