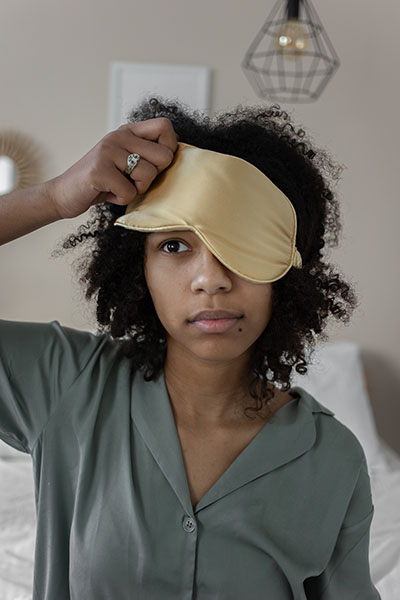 Low energy is a little known symptom of vitamin D depletion. So if you feel more tired than usual, perhaps it’s time to get your vitamin D levels checked.

It’s estimated that 60% of people living in the UK are deficient in the sunshine vitamin. This isn’t just because it rains a lot – a major factor is that we can’t make vitamin D from the sun at all from late autumn through to late spring, as the sun is never high enough in the sky. People with darker skin, who don’t go outdoors much or who cover up completely with clothing or sun protection are at higher risk.

When considering vitamin D deficiency, you might think first of brittle bones. Vitamin D helps you to build strong bones from calcium, phosphorous and other minerals.

Low vitamin D has also been associated with a greater risk of depression, as well as with a number of illnesses including cancer, multiple sclerosis, cardiovascular disease and asthma.

Tiredness and muscle weakness are symptoms of low vitamin D that don’t seem to be talked about as much, even though they are common features.

A Newcastle study used magnetic resonance scans to measure the response to exercise in 12 patients before and after taking vitamin D. The patients all had muscle fatigue and severe vitamin D deficiency. The scans showed significant improvement in their muscle fatigue after 10-12 weeks of oral vitamin D supplementation.

Another study by the same team showed a link between low vitamin D and poor mitochondrial function. The mitochondria is the part of the cell where energy is made – the same energy that powers your muscles and gives you vitality.

The Newcastle studies demonstrate that not only is vitamin D deficiency associated with poor energy, but taking oral supplements seem to actively help.

Vitamin D supplements – how much to take?

To get a more accurate sense of how much vitamin D you should be taking, it’s a good idea to get a blood test to find out where your levels currently are. You could ask your doctor’s surgery or healthcare practitioner to arrange this, or order a home test kit online. Often these are simple finger prick tests that you can post off to the lab in a standard post box.

In the summer months, you can top up your vitamin D levels with sunshine, but often it’s a juggling act between protecting yourself from the harmful effects of sunrays while still getting enough to make vitamin D. Many of us need at least 20 minutes of sunscreen-free skin exposure when the sun is high in the sky, and more if you have darker skin or are mostly covered up.

If you eat oily fish, then that’s another great source of vitamin D, whatever the season or weather.

You may be surprised at just how energised you feel once you’ve got your vitamin D to optimal levels.