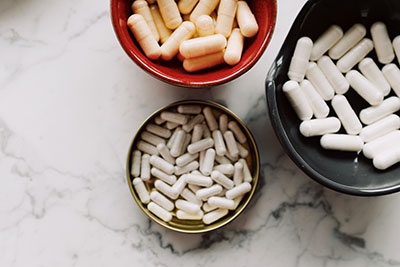 An amino acid touted for its weight loss and fitness benefits, carnitine, plays an important role in the conversion of fat into energy. While this sounds promising, consideration needs to be paid to the type of carnitine, how it works and the side effects, if any.

Generally, the body can produce enough L-carnitine, but in some cases an individual’s need for the amino acid outweighs the amount produced and they require an additional supply from food or oral supplementation, therefore making L-carnitine a conditionally essential nutrient.

Unabsorbed L-carnitine is mostly degraded by gut bacteria in the large intestine.

Carnitine is derived from the Latin word “carnus” as the compound was first isolated from meat in 1905. L-carnitine is particularly abundant in red meat, and in particular beef. It is also found in lesser amounts in the likes of poultry, fish, poultry, and milk. Vegetarian sources include foods such as tempeh, asparagus, avocados, and peanut butter.

There is no recommended daily intake. Omnivorous diets that include red meat, fish, poultry, and dairy products provide about 60 to 180 mg per day. A vegan diet normally provides between 10 and 12mg per day.2

Supplementation of L-carnitine at doses of 2 grams or less per day seem to be well tolerated and safe for most adults.

Most variations of L-carnitine are a laboratory synthesised compounds that uses naturally sourced carnitine as an ingredient. Depending on the type of molecule the L-carnitine is bound to it can have different health benefits.

Why is L-carnitine important in the body?

Mitochondria, often referred to as the powerhouses of the cell, are small components of our cells where the production of energy takes place. L-carnitine acts as a shuttle, transporting fatty acids into the mitochondria in the cells which is then used to metabolise energy.

Cellular waste is produced as a result of this metabolic process. L-carnitine has the additional beneficial role in assisting with the removal of cellular waste by transporting the toxic materials out of the mitochondria, to prevent their accumulation. Therefore, in addition to its vital role in energy production, L-carnitine is also a great antioxidant.

Vitamin B-12 deficiency has been linked with an increase in the loss of natural levels of carnitine. Supplementing L-Carnitine and Methyl B-12 together may therefore improve energy utilisation and enable the body to burn fat more efficiently.8

Some signs of L-carnitine deficiency are fatigue, muscle weakness, decreased muscle tone, irritability, and low blood sugar. Although these symptoms are similar to several other conditions too.

L-carnitine is approved for treatment in primary and certain secondary carnitine-deficiency syndromes. There are several studies that have shown favourable outcomes supporting the use of supplementation of L-carnitine.

Since L-carnitine has the additional role in supporting the removal of cellular waste, it ultimately serves in protecting cells and DNA from damage. In a randomised placebo-controlled trial, L-carnitine supplementation at a dose of 1000 mg per day was associated with a significant reduction in oxidative stress and an increase in antioxidant enzymes activities in coronary artery disease.9

In a one-month study, 66 elderly participants who were 100 years or older ingested two grams of L- carnitine to assess for muscle mass, lipid profile and rapid muscle fatigue. At the end of the study the participants reported an increase in muscle mass and energy levels.10

A systemic review and meta-analysis by the Mayo clinic found that compared with the control group, those in the study that supplemented with L-carnitine was associated with a 27% reduction in all-cause mortality, and a 40% reduction in the development of angina.11

4. L-carnitine and post-work out recovery

A review of L-carnitine supplementation in recovery after exercise positively demonstrated that L-carnitine alleviates muscle injury and reduces markers of cellular damage as well as reducing muscle soreness.4

Another 2011 study showed that supplementation with L-carnitine for 6 months lead to a 21% increase in carnitine stores within the muscle.13 This translates to a 21% increase in fat utilisation due to the increase in L-carnitine being able to shuttle the fat into the cells. Not only does this improve energy production, but essentially it decreases the amount of fat that your body stores. It’s important to note that L-carnitine will not help in weight loss if not combined with a healthy diet and exercise regime.

Some clinical evidence suggests that L-carnitine may improve symptoms of hyperthyroidism, such as a rapid heartbeat, nervousness, and weakness. The mechanism isn’t fully understood but one theory suggests that l-carnitine prevents the entry of thyroid hormones (T3 and T4) into the body’s cells. In one randomised trial, supplementing with 2 and 4 grams per day of L-carnitine reversed hyperthyroid symptoms in the trial’s participants. In another study, L-carnitine relieved a “thyroid storm”.14 Based on this information, taking L-carnitine might make symptoms of hypothyroidism worse.

Side effects of L-carnitine supplementation

The adverse effects of oral L-carnitine are mild and rare. It has been reported to cause vomiting, diarrhoea, a fishy body odour, abdominal cramps, and nausea.

A 2013 study in mice suggested that L-carnitine is metabolised into a compound called TMAO (Trimethylamine N-oxide), which changes cholesterol metabolism and may promote plaque build-up in the arteries. However, to date, no human studies suggest that L-carnitine worsens cardiovascular health.15

L-carnitine supplementation in breast-feeding mothers has not been clinically studied, therefore it is not advised to take if breastfeeding.

It is commonly accepted that L-carnitine has the ability to move more fatty acids into the mitochondria in the cells to be used in energy production, making it an effective performance enhancer, and it may also be beneficial for fat burning and weight loss.

There are various forms of L-carnitine, each with a unique set of benefits. Supplementation may benefit individuals who don’t easily acquire it from natural food sources as a part of their normal diet.

Before taking any supplements, it is always advisable to speak to a qualified practitioner.