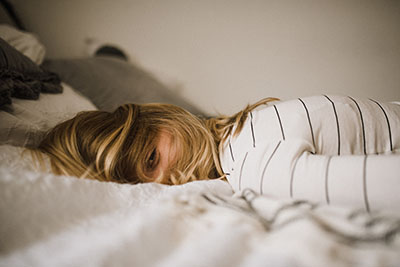 Fatigue is a common symptom in chronic conditions such as multiple sclerosis, fibromyalgia and long covid. Fatigue is also the most common sign of poorly functioning mitochondria. A 2015 study confirmed that fatigue is common and often severe in patients with mitochondrial dysfunction irrespective of age, gender, or genetics.1

What are mitochondria and why are they important?

Mitochondria are small structures inside our cells that generate energy and are often referred to as ‘the powerhouse of the cell’. Mitochondria produce 90% of the energy our body needs to function. They exist in greater numbers and are more densely packed in organs and tissues with high energy requirements, such as the muscles, heart, and brain. Mitochondria are unique in that they have their own DNA.2 Nutrients power the energy production process which occurs inside each mitochondrion.

Energy production occurs in the mitochondria through two chemical processes: the Kreb’s cycle and the Electron Transport Chain. The first process produces the necessary materials for the second process. It’s during the second process where ATP, our “energy currency” is then produced.

Unfortunately, inflammatory molecules known as reactive oxygen species (ROS) are by-products of this energy production process which are damaging to DNA and contribute to disease in the body. Thankfully we can counteract these ROS. To neutralise these ROS, your body requires antioxidants, therefore diet and optimal nutrient is crucial when it comes to preventing inflammation and DNA damage. The three most common major antioxidant vitamins are beta-carotene, vitamin C, and vitamin E.

Mitochondria are also instrumental in regulating a process called autophagy, also known as cellular death. Autophagy is the body's way of cleaning out damaged cells in order to regenerate newer, healthier cells. If these damaged cells are not efficiently removed, damage occurs to the mitochondria which ultimately equates to reduced ATP production and reduced energy production.

Mitochondrial dysfunction and the link to complex diseases

Key recent discoveries have shown that alterations in the properties and function of mitochondria play a role in the development of many forms of types of critical illness.4 Mitochondrial DNA (mtDNA) is highly susceptible to damage compared to DNA found in the other parts of cells. Most likely due to the fact that it lacks the same DNA repair mechanisms.

mtDNA mutations take place from over exposure to infectious agents, environmental toxins, alcohol abuse, and reactive oxygen species. The accumulation of these mtDNA mutations throughout one’s life span are suspected to play an important role in aging, as well as in the development of certain chronic illnesses.5

Maintenance of healthy mitochondria involves a complex system of quality control, involving the renewal of damaged mitochondria or removal by autophagy. The lack of appropriate cell death alters mitochondrial metabolism. When severely injured mitochondria are not appropriately removed by autophagy, they can release their damaged contents into the rest of the cell prompting an inflammatory process. It is now widely accepted that inflammation is a causal factor for a large proportion of chronic illness, rather than an associated risk factor.6

Impairment of the mitochondria may also be a result of the improper functioning of the electron transport chain, or the deficiency of critical metabolites needed by the mitochondria for energy production.

Symptoms of mitochondrial dysfunction include fatigue, muscle weakness, headaches, and brain fog to name a few.

Factors that increase your risk of mitochondrial dysfunction

Several factors and potential inducers lead to an increased susceptibility to mitochondrial dysfunction:

Mitochondria are entirely dependent on dietary nutrients to perform its critical functions. The following nutrients support the production of ATP by mitochondria, reduce metabolic stress and encourage mitochondrial production. The combination of these supplements can significantly reduce the fatigue and other symptoms associated with chronic disease and can naturally restore mitochondrial function.

1. Acetyl-L-carnitine (ALC): L-carnitine is a naturally occurring substance associated with increased energy production. It has been shown to have an important role in the transport of long chain fatty acids across the inner mitochondrial membrane.9 These free fatty acids are the fuel source for mitochondria, resulting in a significant boost in energy production. Acetyl l-carnitine is the form of carnitine that crosses the blood brain barrier, so it's preferred when support of cognition is the goal.

2. CoQ10: A nutrient present in many foods including fatty fish and organ meats, coenzyme Q10 assists mitochondria in energy production due to its important role in the electron transport chain and has been shown to help protect against cellular breakdown. A 2014 study showed that supplementation with CoQ10 enhanced mitochondrial activity.10 Ubiquinone is the bioavailable, ready to use state of CoQ10. Ubiquinone is typically used as a supplement when mitochondria support is the goal. Certain medication, particularly statins, drive a depletion in CoQ10.

3. Alpha-lipoic acid (ALA): Although alpha-lipoic acid (ALA) is synthesised in small amounts in the body, the ALA produced is not enough to fulfil energy requirements of the cell, and as such it is mostly obtained from the diet, especially meat and vegetables. ALA acts as an enzymatic cofactor with key roles in regulating the metabolism, energy production, and mitochondrial biogenesis.11 ALA works synergistically with L-carnitine.

4. B Vitamins: These water-soluble vitamins are essential in supporting mitochondrial function, predominantly by serving as nutritional cofactors for enzymes that are located in mitochondria. Consumption of alcohol, diets high in grains, and excessive exercising contribute to depletion of B vitamins. Vitamins B1, B3 and B5 are especially integral in the Kreb’s cycle.

5. D-Ribose: D-ribose is naturally occurring simple sugar found in the cells and particularly in the mitochondria and is essential in energy production. Supplemental D-ribose has been shown to improve cellular processes when there is mitochondrial dysfunction.12 Supplementing with D-ribose has also been shown to be helpful for chronic fatigue and fibromyalgia patients through its ability to increase cellular energy.13

Photobiomodulation (PBM): Photobiomodulation (PBM) describes the use of red or near-infrared light to stimulate, heal, regenerate, and protect tissue that may have been injured. The primary site of light absorption in cells has been identified as the mitochondria which has shown to restore the electron transport chain.14 A 2019 study suggests that PBM could alter mitochondrial activity in the muscle and the brain.15

Intermittent fasting: Fasting refers to the abstinence of calories or significantly reducing caloric intake. Research from Harvard importantly illustrated how fasting manipulates internal mitochondrial networks to keep them in a "youthful" state.16 Fasting protocols activate pathways in the mitochondria which are valuable for enhancing mitochondrial health. These pathways specifically support mitochondrial biogenesis.

High intensity interval training (HIIT): A ground-breaking stud in the peer-reviewed journal Nature Communications highlighted how mitochondria in muscle cells respond to different high-intensity interval training (HIIT) protocols.17 In HIIT, participants switch between bursts of intense exercise and recovery periods. The study shows that the genes that control mitochondrial growth turn on in a few minutes with HIIT. In contrast, sustained moderate exercise took up to an hour to switch these required genes on.

Grounding: Grounding (also known as earthing) is the practice of applying bare skin to the Earth (grass, dirt etc.) in order to draw electrons into the body to neutralise free radicals and affect positive physiological responses. A study in the Journal of Inflammation Research showed not only that grounding could support the immune system and promote wound healing but also that grounding encouraged the removal of accumulated waste in the mitochondria while utilising less energy to do so.18

Consideration needs to be paid to the role of mitochondrial dysfunction in the mechanism of disease development or progression rather than segregating disease by organ systems alone.

Fatigue, loss of energy and loss of motivation may be directly caused by mitochondrial dysfunction due to inefficient energy production. Muscle pain and weakness commonly seen in fibromyalgia and chronic fatigue may also be due to failing mitochondria. Diet, nutritional supplementation and lifestyle modifications can now be implemented to assist with the management and treatment of these chronic conditions.